During my time at Quicken Loans, I've worked on a project called Bullet Time, which lets team members work on whatever they want every Monday after 1pm as long as they follow 3 simple rules:

1. Do something you normally wouldn't work on.
2. Your time must somehow help the company.
3. Don't break production.

Bullet Time is essentially innovation anarchy, where a bunch of creative minds will try and build something new. Most ideas don't get very far along due to lack of effort, feasibility, or missing skillsets, but every once in a while, something really powerful is created. I've noticed 3 basic tactics that help great ideas see the light of day, and want to talk about why they're important.

Tactic #1: Sell the Benefit, not the Innovation

Great ideas will often fail to be accepted, because the benefit is not explained properly. I can write up some brilliant programming fix that decreases computational time by a few milliseconds, or improve my prediction model's ROC curve from 0.54 to 0.83, but my CEO has no idea what this means or why he should care. If I take the same innovations and explain that the extra time my programming fix saved means we can do an extra $2million dollars worth of work each day, or that my prediction model can now pretty accurately predict when someone will buy a specific product over another, then he understands. Then he gets excited. Now my new idea is adopted.

Glorious, huh? The one on the right is circa 1999 and a more evolved version with a whopping 2GB of storage. Anyway, my point is that this technology was around for a while, but wasn't widely adopted by the masses because few people understood how they could use it. Enter Apple in 2000 with this brilliant marketing campaign: 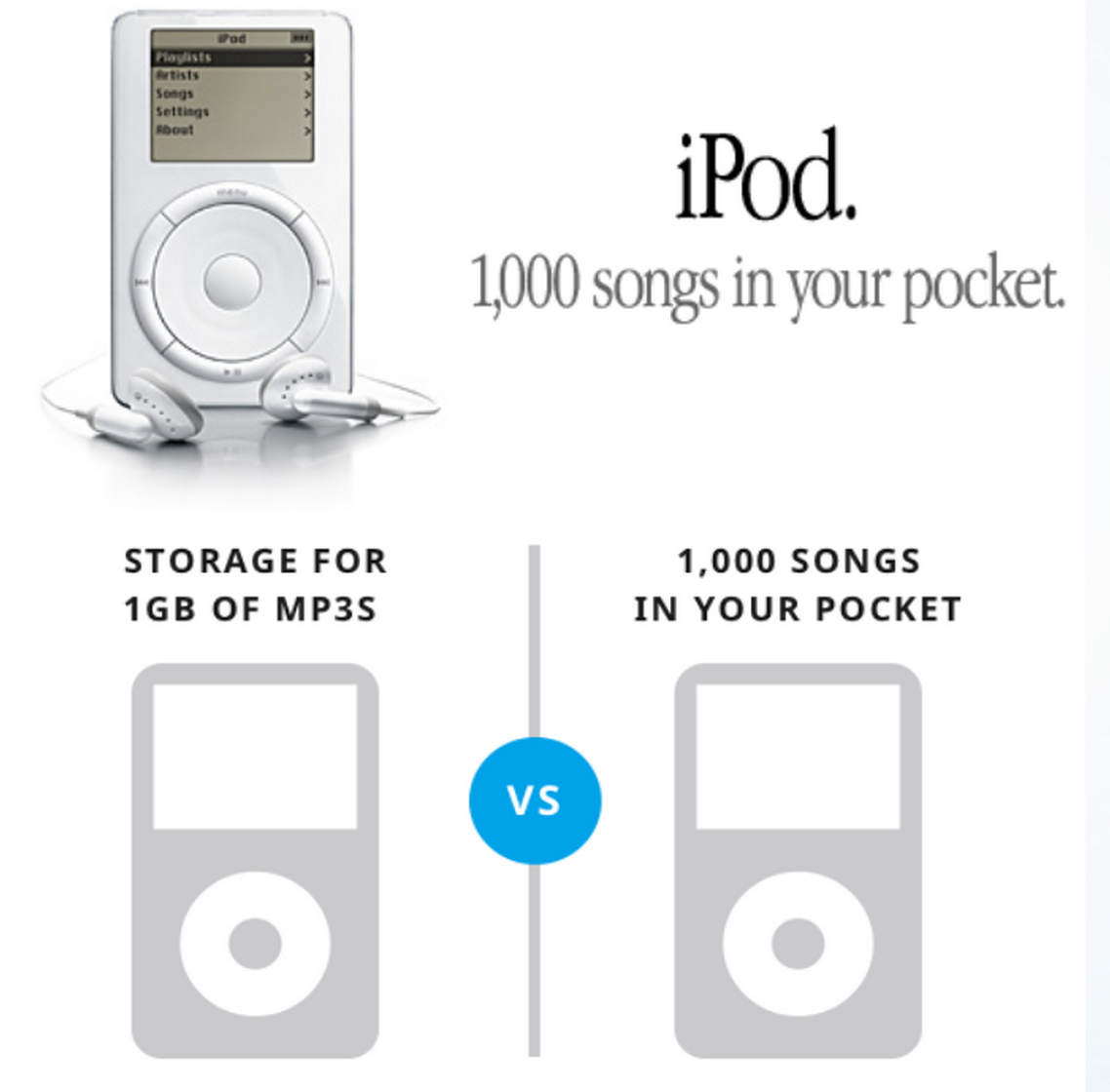 Now people understand what the technology can do and why they want it. Apple could have gone the route of their competitors talking about storage space and hardware specs, but people don't usually respond to that. What is more appealing sounding? 1 GB of MP3 audio files (what's a gigabyte? what's an MP3?) or 1,000 songs in your pocket? It's the same thing, but words matter. Apple showed the benefit of the new technology to the consumer, and now everyone and their mother owns an MP3 player.

This graphic sums my point up nicely:

Don't waste time describing your idea's petals, stem, and flower. No one cares. Focus on what your innovation can do, not what it is. The benefit is what gets people excited. The new superpowers your innovation gives is what people will buy into. Here's another example, recognize this guy? Subway wanted to show the world that they make healthy fast food. They could have shown that their sandwiches have 12.2 less grams of saturated fat or 36.5% less cholesterol compared to the other McSandwiches out there, but most people don't respond to this kind of message. That's why Subway went with Jared and the imagery above.

"Eat at Subway, lose weight (because it's healthy)."


By selling the benefit (losing weight, new pants), instead of the details (healthier food, less calories), Subway captured the attention and wallets of hungry customers across the USA. You can do this to! Focus on the benefit of your new idea. Show how it helps, instead of why it helps. Help people envision a better version of themselves because of your idea, and it will catch on.

Alrighty, so you have your brilliant idea, and you've shown people how it will make their lives better. But how do you actually make your idea happen? What steps need to be taken for it to become mainstream? Let's look at a few innovations that didn't think this through to show why this is important. 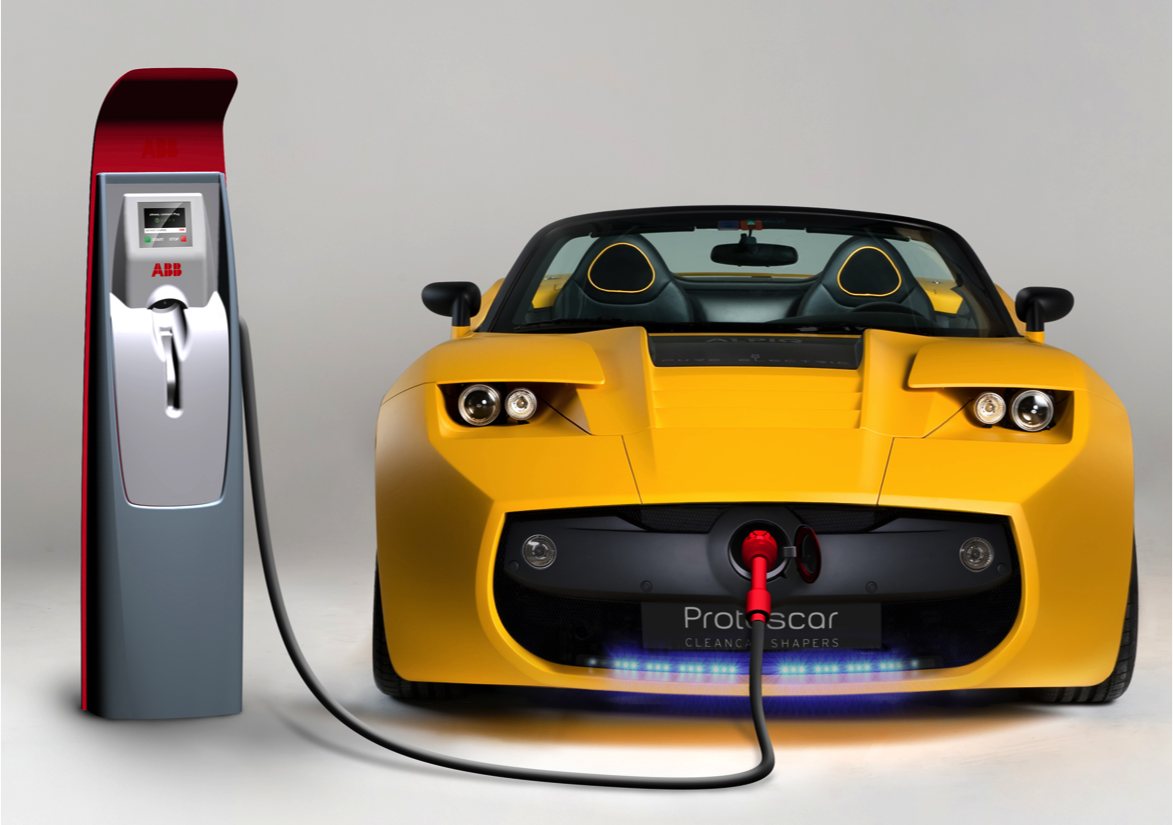 The electric car is a pretty good idea. You're not reliant on expensive gasoline, and a lot of the electric cars out there are pretty energy efficient, which make your green-hippie-friends happy. Pretty straightforward to see the benefit, so why isn't everyone driving these? Well, what do you need for an electric car to work? Electricity! And electricity from a very specific type of charging station. Here's a map of charging stations (Courtesy of carstations.com) around Michigan as of last week: 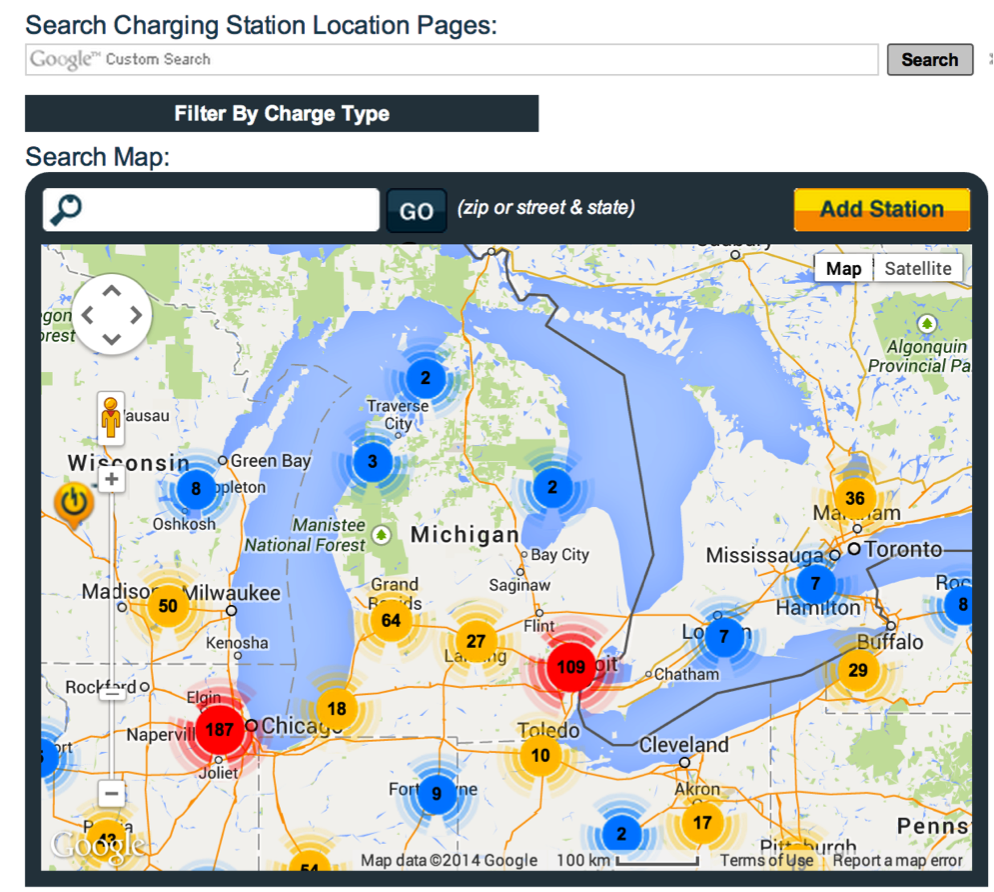 Notice anything? There aren't very many! If I'm running low on juice in the northern part of the state, I have maybe 7 options to choose from, all a couple hundred miles away. And this is showing stations that are around today! Imagine the early adopter nightmare driving an electric car when ZERO stations existed. 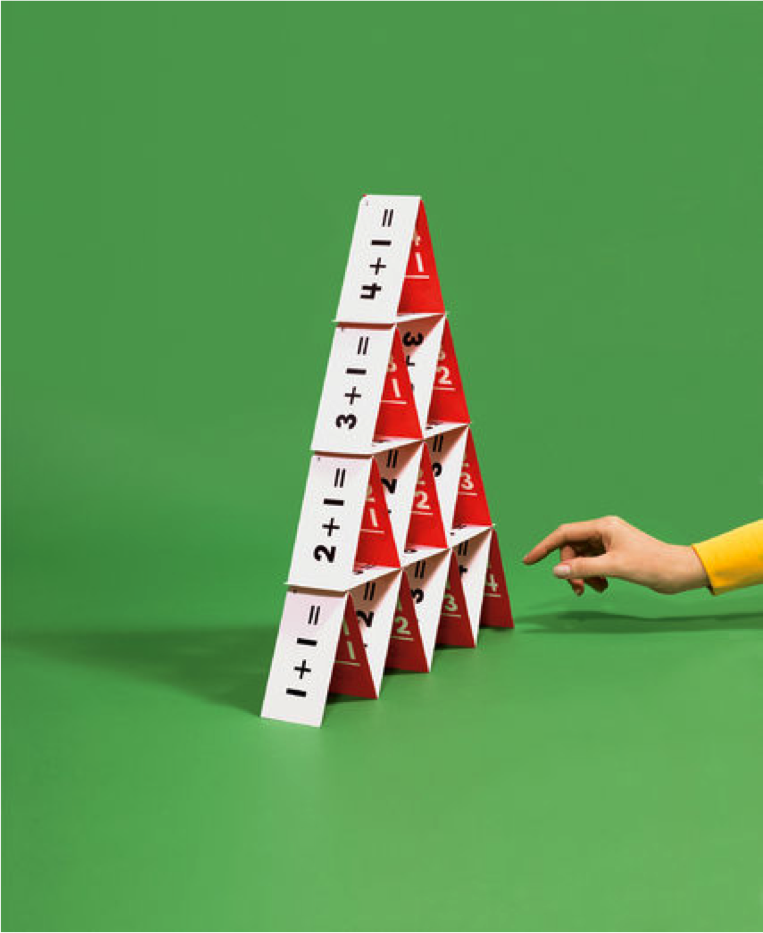 Let's look at a different type of example, math. Americans have researched better ways to teach math since the 1800s. We have invented plenty of new techniques that improve learning and enjoyment of the material. But guess what? We don't use any of it. This NY Times article does a great job explaining the phenomenon. 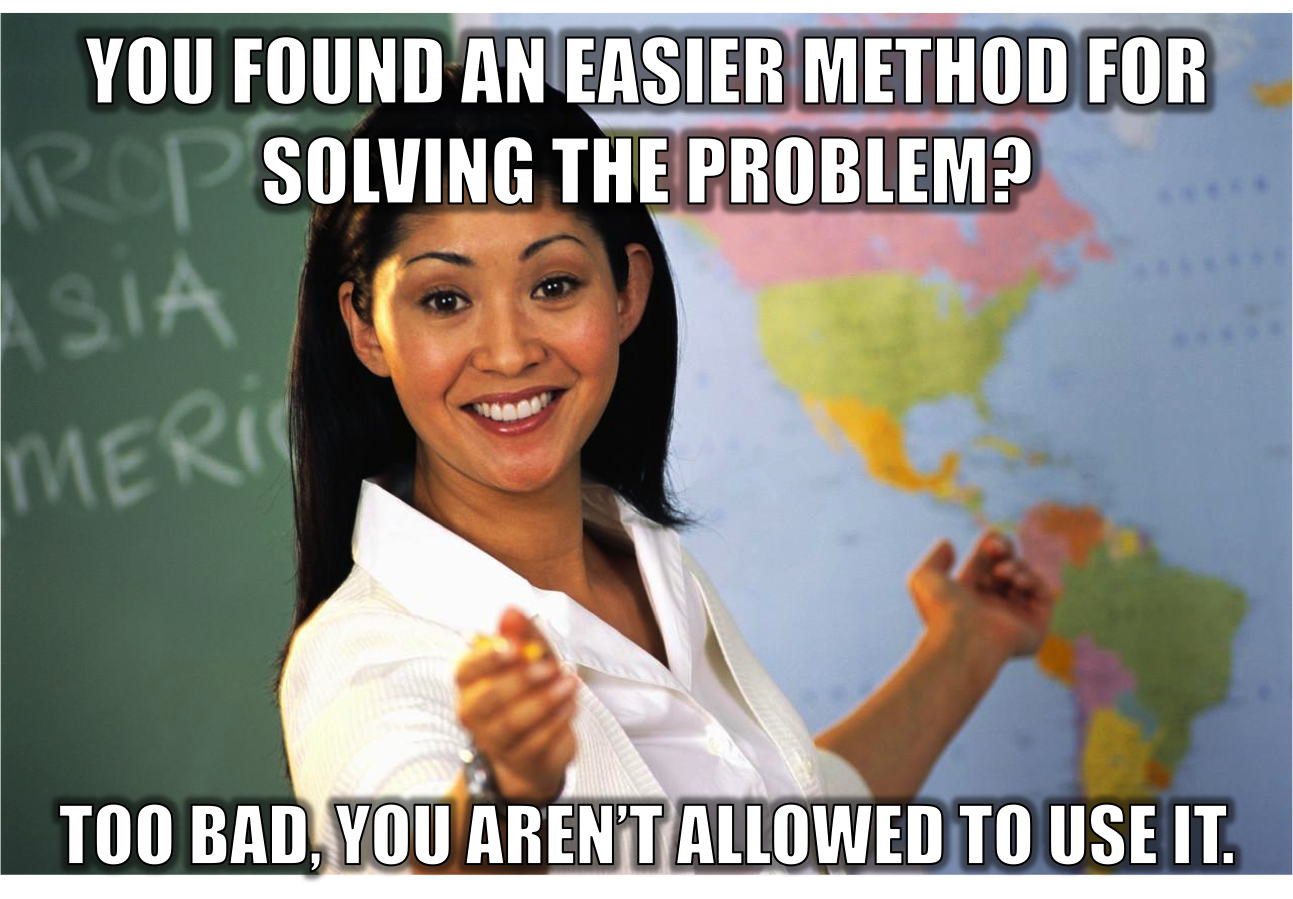 Here are a few examples of why this happens. Some brilliant researcher will do a rigorous academic study around a new learning technique. They will publish their results in a journal that maybe 12 people read cover to cover, say "we should do this", and then move on to the next project. There is never a plan to implement the new solution. Never a roadmap drawing out how to make the change. Similar problems happen with legal red tape. School boards will be too busy forming committees to create petitions to write a report to recommend a decision to the board regarding whether the change should be considered. Without a clear course of action for how it can be implemented, a good, proven idea will waste away into obscurity.

Nintendo recently ran into, and solved, a similar problem with their new console the WiiU, and their upcoming fighting game Super Smash Brothers. Versions of this game have been extremely popular since the first release for the Nintendo 64, and a highly competitive pro gamer scene formed around playing it. One of my college roommates paid for his University of Michigan tuition playing high stakes Super Smash Brothers. This is serious business. 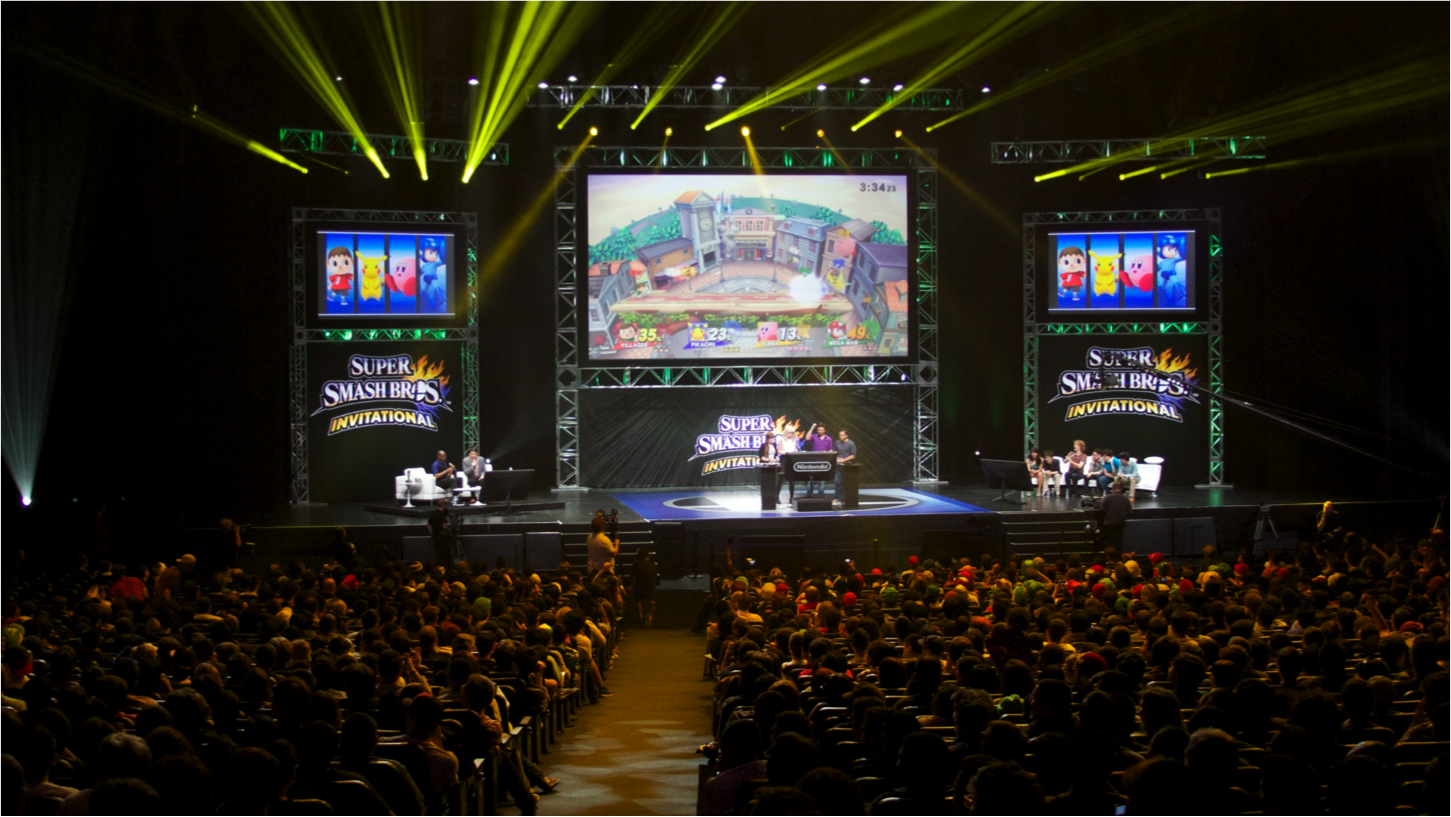 But Nintendo had a big problem. Their new controller was really awkward to use with the game. There are a lot of technical moves and button combinations to rapidly mash to make high level play happen. The new WiiU controller wasn't cutting it in the competitive scene, and made the play experience poor at best. 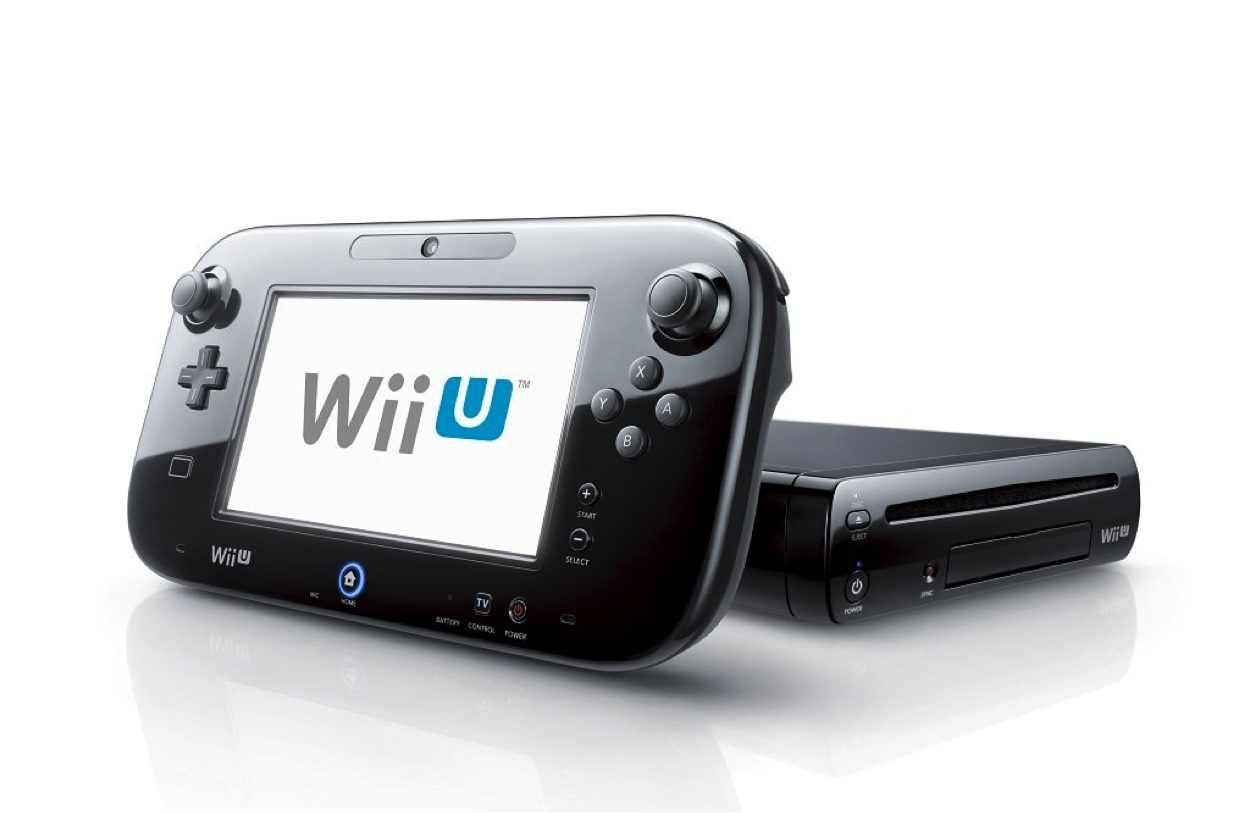 Nintendo did a good job listening to player feedback, recognized what was needed, and made a simple change to the hardware. Now players can use their old Gamecube controllers (best controller to play a Nintendo fighting game on) with the brand new console. Everyone is happy. 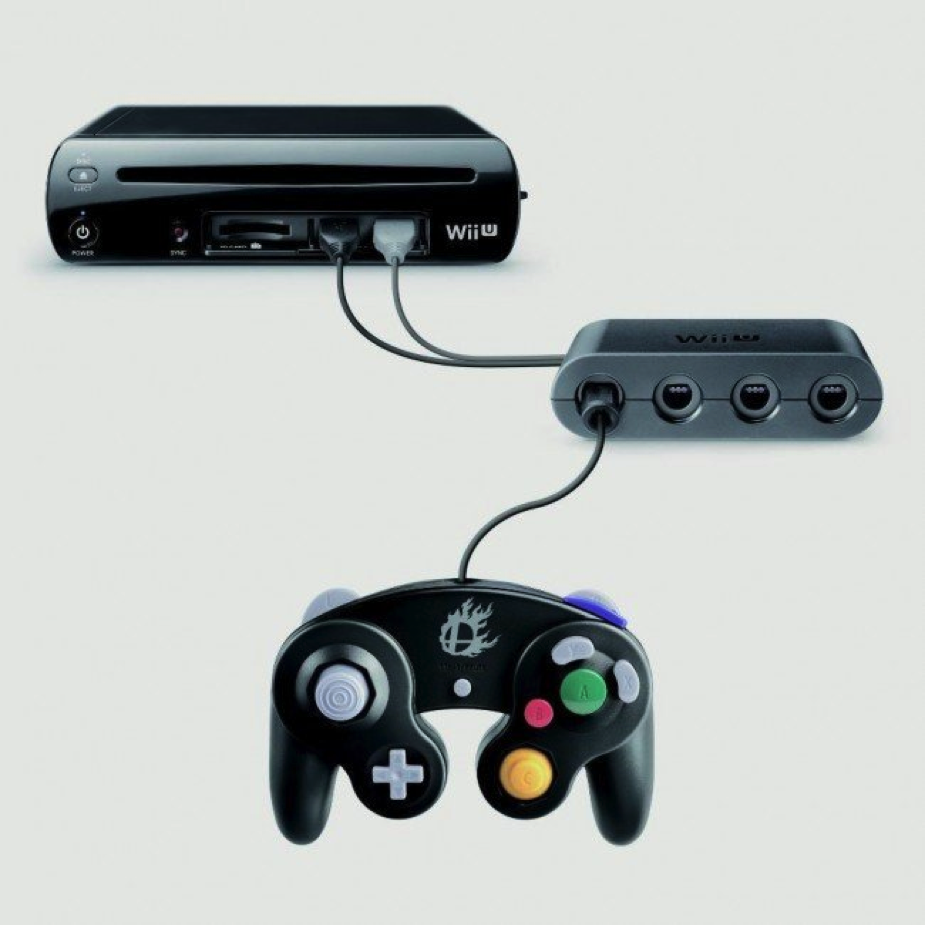 Whenever you have your next brilliant idea, think through all the steps that need to happen for everyone in the universe to use it. Don't turn your brainchild into an electric car with nowhere to recharge. Don't waste effort making a better system, if you can't also design a way to turn the system on. You can be like Nintendo and add a fix in after the fact, but it's always easier to design for everything up front when you have less constraints. Think about what your idea needs to grow and design a way for it to happen.

Tactic #3: Timing is Everything

A great idea, at the wrong time, isn't great. Some brilliant ideas will often be shelved due to technology constraints, world events, or some other random roadblock. Let's look at a few examples. Can anyone guess what this is? 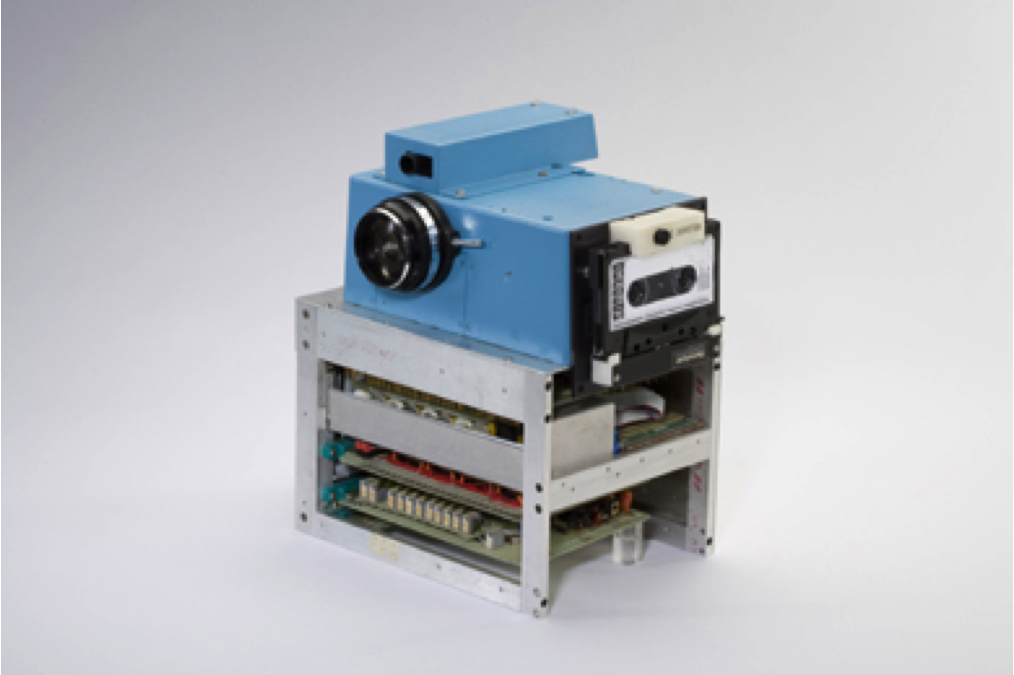 Baby Dalek? Rejected Star Wars droid? Nope, this is Polaroid's first attempt at a digital camera using the most advanced technology available at the time. It could store a handful of pictures, and also had the added benefit of dramatically increasing the arm strength of every user (wasn't very light). Great idea, but needed to wait for the technology to improve to a place where the camera was actually useable. Check out their progress: 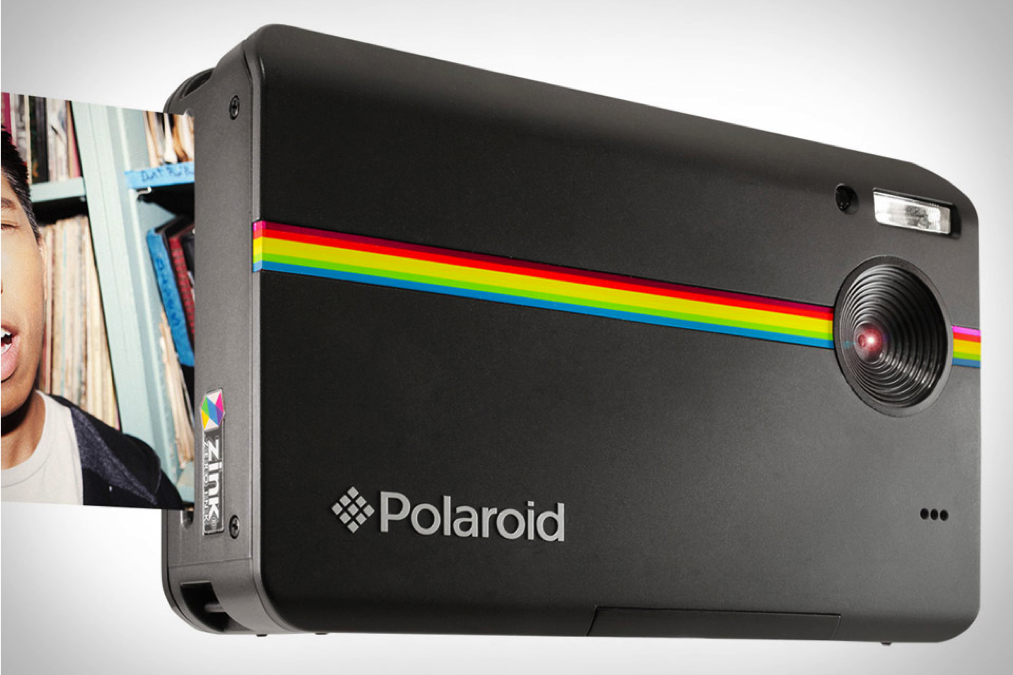 Looks a lot better, right? But now technology has advanced too far. Most people don't care about printing photos. I can store all my photographs in the cloud, on the internet, in my phone, and display them on my computer, digital picture frame, or tv screen with the push of a button. Polaroid missed their technology timing sweet spot and is now struggling to stay relevant after a 2001 bankruptcy.

Another great example of using proper timing is the social media giant Twitter. Jack Dorsey tried (and failed) a few times to launch Twitter before hitting success. Timing was the reason. Here's what the mobile phone landscape looked like during his first attempt: 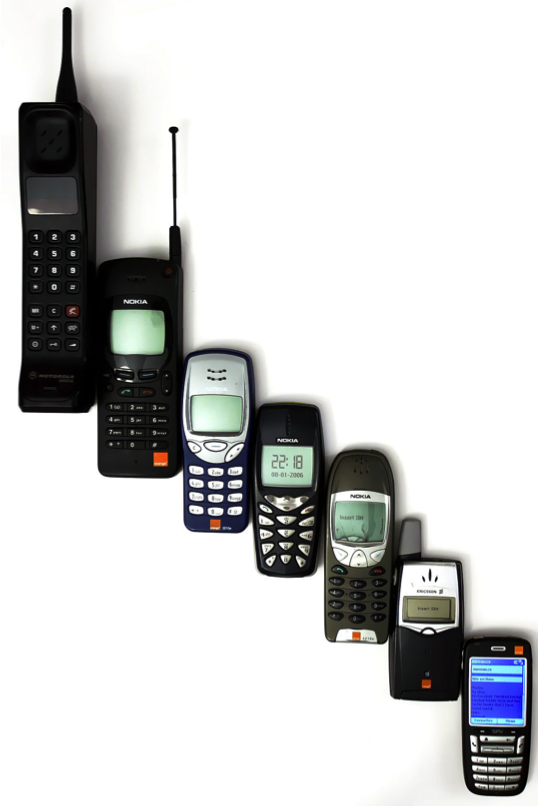 Jack's first version of Twitter was designed to send and receive emails from lists using the elite of mobile phone technology, the Blackberry. 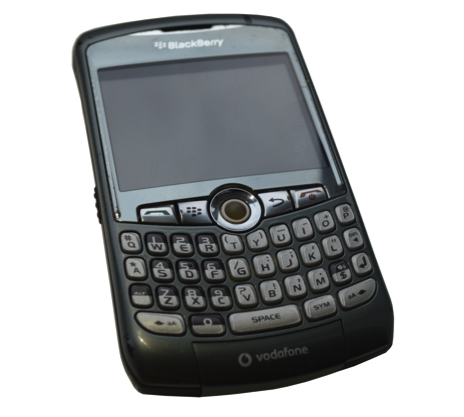 But he ran into a problem. He was the only one in his social circle of friends and families with a blackberry, so no one else could use his creation. He shelved the idea and bided his time. After mobile technology advanced into the iPhone and Android era, he had better luck since more people owned a Twitter-compatible phone. Twitter then grew into the popular social media site/app that it is today. 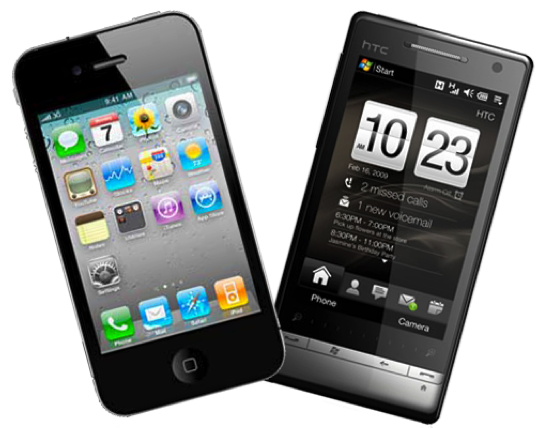 I ran into this same timing problem with one of my ideas. I designed a system that would help Quicken Loans clients submit their paperwork faster and more efficiently than before. I presented the idea, gained support and acceptance from leadership, and was all set to build it. But then we had one of our largest production months ever and our team members were overloaded with work. My system designed to feed them more work faster didn't seem like such a great idea. So like Twitter (hopefully anyway), I shelved it and am waiting until we have more breathing room to build the idea out.

Putting it all together

So the next time you come up with a million dollar idea, spend time thinking about how you will get people to use it. These three tactics are paramount for good ideas to become adopted, and will make sure that you're not spinning your wheels working on a brilliant idea that will never see the light of day.

1. Sell the Benefit, Not the Innovation - Focus on the quality of life change for the user.
2. Roadmap for Implementation - Have a battle plan for people to implement and use your idea.
3. Timing is Everything - Try to pick a time to implement when everything is working with you, instead of against you.

Design your idea with these three in mind and it will become reality. Happy building!


Posted by GraceUnderFiero at 11:06 AM