No One Is Perfect

I am never satisfied. I always want to become better and improve at everything I do. And there is always room for improvement.

Take my favorite video game as an example (Talking about League of Legends again). I want to understand the game better, so I can play better, so I can rise up the competitive ladder. Improving is a lot of fun with League, since they literally have the largest active player base of any game in the world. So being one of the best is a big deal. Here's a look at the ranked player distribution for some context (courtesy of LoLSummoners.com):

So of League's ~67 million active players, ~8 million play competitively against one another. Your ranking shows where you stand compared to everyone else, with Challenger at the very top and Bronze at the very bottom. I'm currently around Plat II and want to hit Diamond this season.

So why do I bring this up?

I was watching a very good player get coached by one of the very best players on youtube. Watching the video, it becomes pretty obvious that the very good player wasn't the sharpest tool in the shed. He struggled with very basic concepts, panicked under the pressure, and often ignored the coaching/feedback from the best player (who he was paying real money for advice). Check out a few minutes of the coaching video to see for yourself:


This was painful for me to watch. The player getting coached is ranked Diamond IV. Out of those 8 million or so League players, he is in the top 1% when ranked by skill. A lot of things went through my mind while watching:

And it is. No one is perfect. Everyone makes mistakes.

There are mistakes happening all around you right now, but most of the time they go unnoticed. These mistakes are essentially missed opportunities. Even the very best are not perfect, and you should feel good about this.

Let's look at poker as an example. I grew up playing poker and gambling with my friends. The mathematical and psychological components of the game fascinated me. I studied the game, figured out probability distributions, and learned a lot about risk management. Frustratingly, as I got better at math and understanding the game, I performed worse.

Took me a while to realize why, but it actually makes sense if you think about it a little. This is how I used to envision my competition: 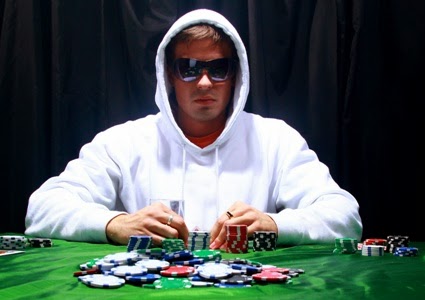 Cold, calculating, and a stone facade hiding all emotion. I always assumed everyone was a shark, playing the odds and baiting me to misplay. If I'm putting this much time into understanding the game, everyone else must be doing it too!

I couldn't have been more wrong.

Actually, this is 99.99% of your competition when playing poker: 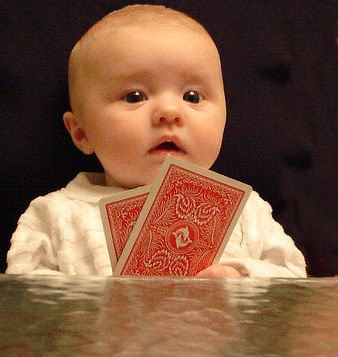 No one around me was doing the same math. No one I played against was looking at things like pot odds, or drawing probabilities. A lot of players barely understand the rules, and some pretty much play randomly. I was giving these players a lot of credit, when they definitely didn't deserve it. The way you play the game changes dramatically once you realize you're swimming in a sea of fish instead of sharks.

The best aren't perfect. Even the top 1% of whatever are making mistakes. Now I'm not saying you could pick up a basketball and beat Lebron James 1 on 1. But if you dedicated a comparable amount of time to the sport, you might be able to go toe to toe with him. This metaphor also works better for things like video games where you don't need to be a genetic colossus to ensure success.
(But you see what I'm getting at, right?) 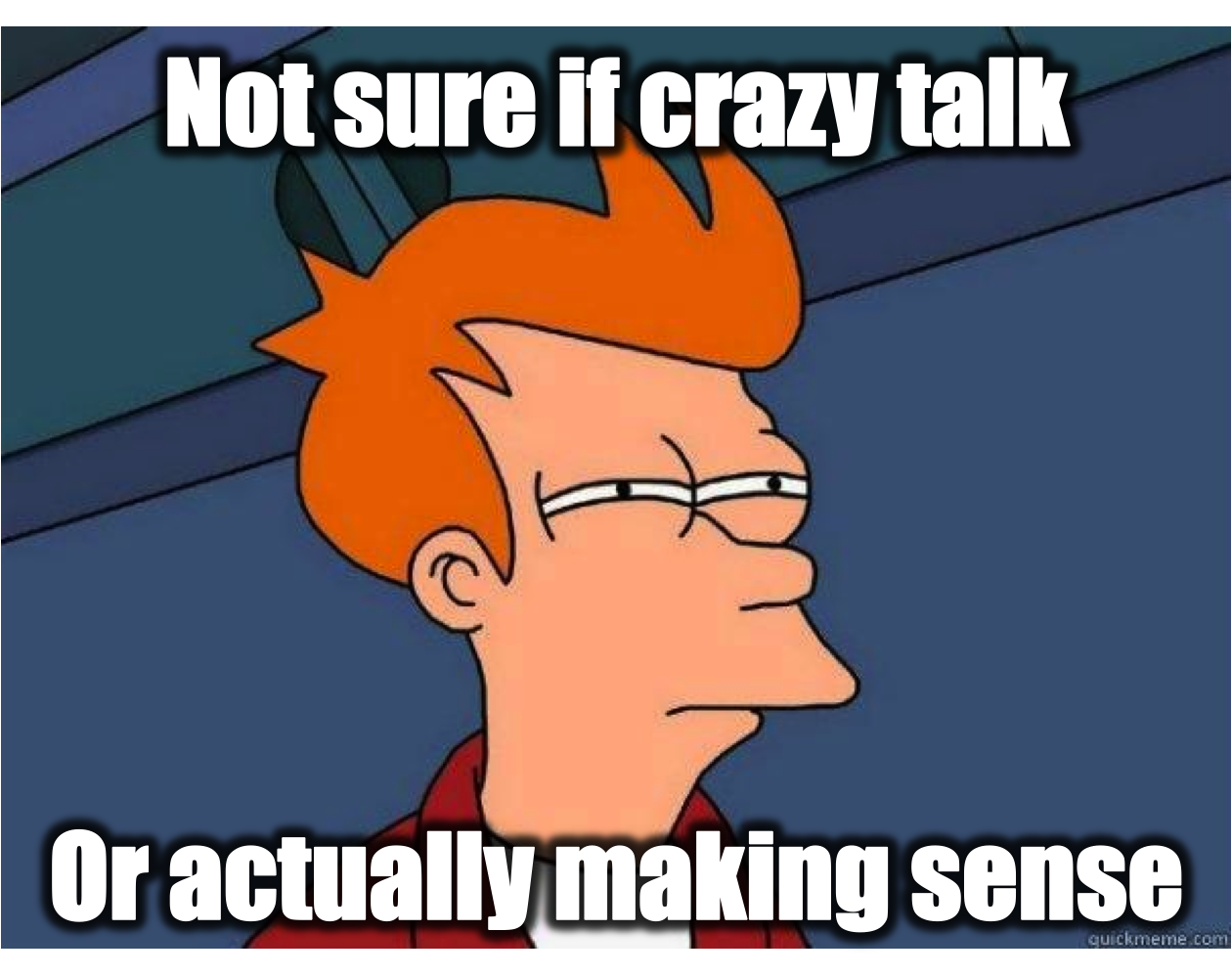 Still skeptical? Let's look at a few million dollar mistakes as examples. Most people will tell you that playing the lottery is throwing your money away. They're wrong. A few very smart people figured out that if you play at the correct time, you can almost guarantee a win. They ended up walking away with $8 million because they figured out a loophole in the Massachusetts lottery. Even a system like the lottery, designed by smart people to make money off of other people, can be beaten.

Scratch offs are beatable too. A statistician figured out a way to differentiate winners from losers without scratching them off. He found a pattern in the way certain types of scratch offs display their winning numbers, and could win almost every time. Mistakes and opportunities are everywhere. 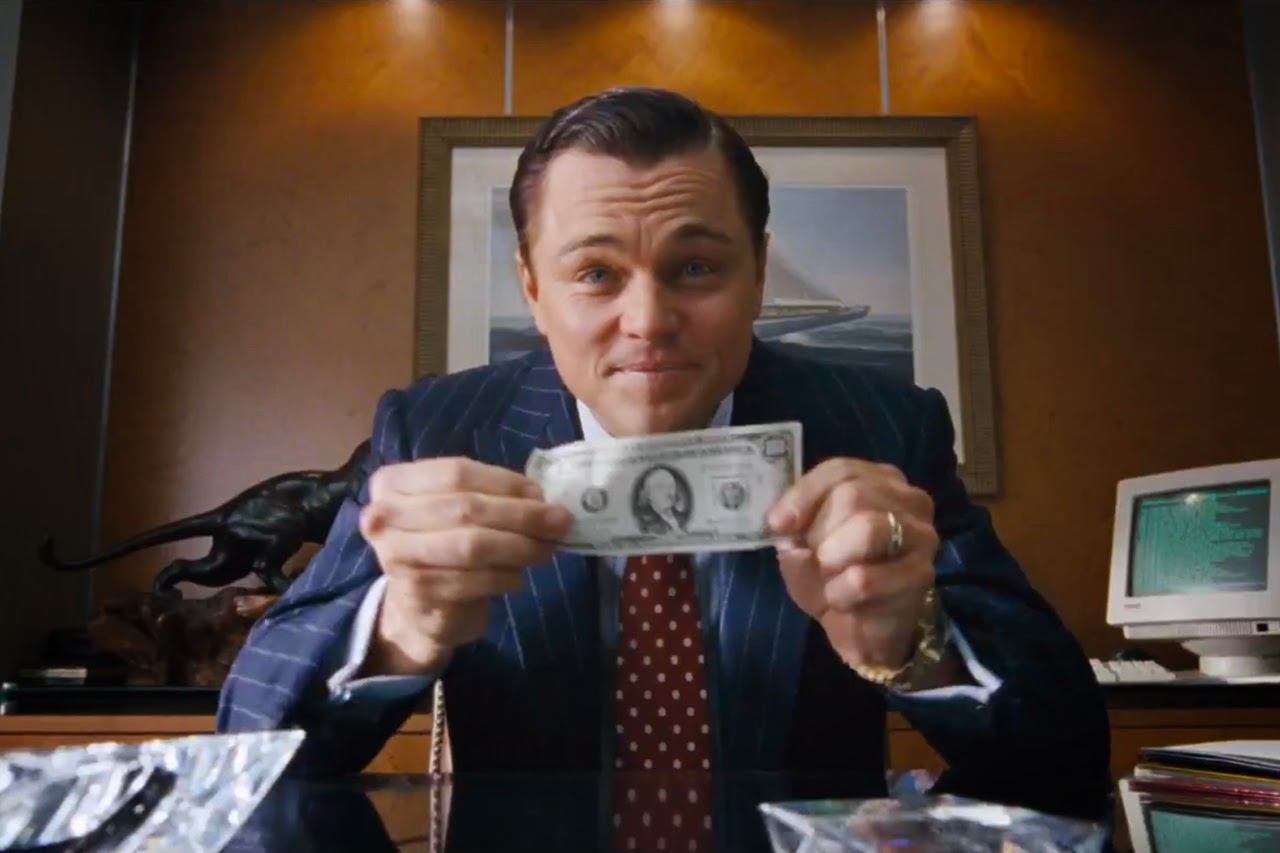 Let's look at stock market trading as a final example. This is the big leagues when it comes to using math, algorithms, and smarts to make money. A firm called Knight Capital Group ended up losing $440 million dollars in 30 minutes due to a glitch in their code. Another way to look at this, other people made $440 million dollars in 30 minutes due to recognizing Knight Capital's error. Even the big boys can make mistakes, and they tend to hurt a lot more at this level.

No one is perfect

Do not be intimidated by your opponent. Ever. Your opponent could be the person interviewing you for a job, your business partner at work, or someone simply trying to one up your joke at a party. They are people just like you and me. They will make mistakes just like you and me. Realize this. Don't let them bluff you with a poker face of competence. Don't give them credit until they've earned it. If the very best can make mistakes, everyone can make mistakes, and that leaves the door wide open for success. No matter what your game, always play to win. Because victory could be one mistake away.
Posted by GraceUnderFiero at 9:59 AM